Menu
No products in the cart.
$0.00 Cart
Menu
Menu

What is Moxibustion in Chinese Medicine? 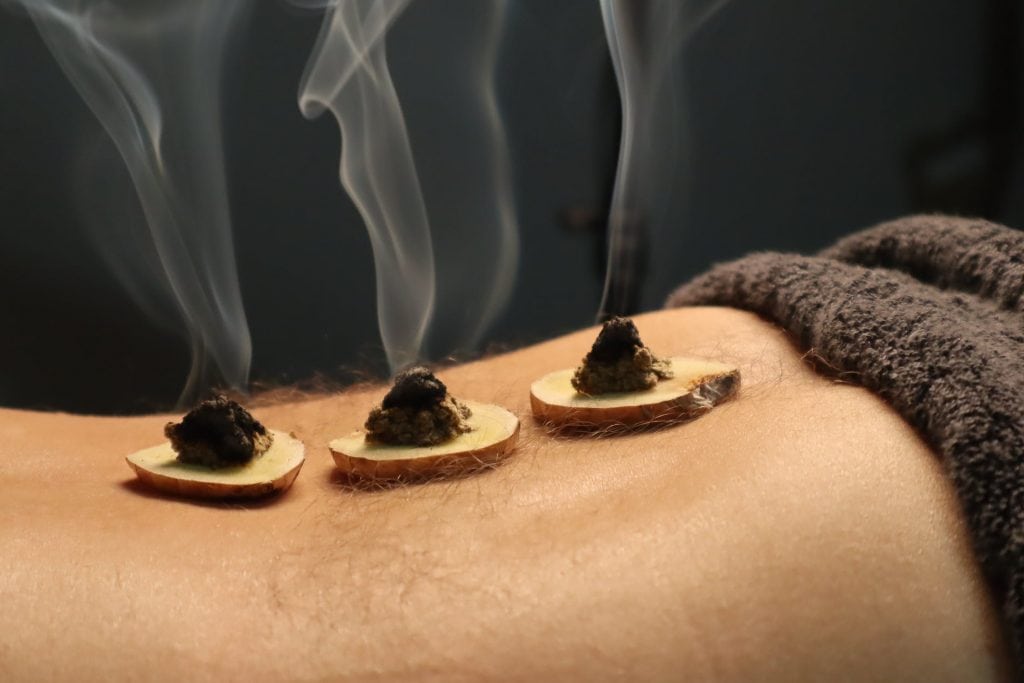 Moxibustion is an external treatment that involves burning moxa sticks made of ground mugwort leaves to heat specific acupuncture points on the body. It is based on the philosophy of traditional Chinese medicine (TCM). Moxibustion has been used to prevent and heal ailments for over 2500 years and can dredge meridians and regulate qi-blood. Moxibustion can be used to treat up to 364 different diseases, according to bibliometric analysis of papers published in China between 1954 and 2007.

As with most kinds of traditional Chinese medicine, the goal of moxibustion is to strengthen the blood, increase the flow of qi, and maintain overall health. According to alternative health practitioners, the heat generated through moxibustion can help enhance the flow of energy throughout the body through some pathways known as meridians. It warms the meridians and expels cold. This helps prevent diseases and maintain health as part of tonification treatments to help strengthen the organs and immune system. Moxibustion can be applied to areas of chronic pain or muscle strain to improve circulation. It is particularly useful for pain that worsens when exposed to cold or damp weather, such as arthritis.

Acupuncturists use two types of moxibustion: direct and indirect. When used directly, a little amount of cone-shaped moxa is placed on top of an acupuncture point and burned. One end of the cone is ignited and left to burn gently by the practitioner and once your skin begins to turn red and you feel the heat, the practitioner removes the cone.

Indirect moxibustion is the most popular and safest method of moxibustion because it comes with a lower risk for pain or burning. In this method, the burning moxa doesn’t come into direct contact with your skin. Instead, the practitioner holds it an inch apart from your body and will remove the moxa from near your skin after it becomes warm and red.

Various researches have been conducted to determine the health benefits of moxibustion therapy. One study has found moxibustion to be an effective treatment for chronic kidney disease. It was discovered to have a significant effect in lowering serum creatinine, which is linked to impaired kidney function in high doses. Moxibustion has been effectively used to move breech babies into a normal head-down position before childbirth. It is also known for its safety and efficacy in treating a variety of health problems, including hot flashes, ulcerative colitis, infertility, migraines, arthritis, and inflammatory bowel disease.

A trained acupuncturist can apply heat from moxibustion to particular places on the body to provide relief. If you are interested to try moxibustion as a complementary health approach, make sure you find a qualified practitioner.

Get the latest news on Acupuncture Needles, Specials & Latest Events . Oh and get 15% off your first purchase...